Published by The Garland Collection on October 8, 2018 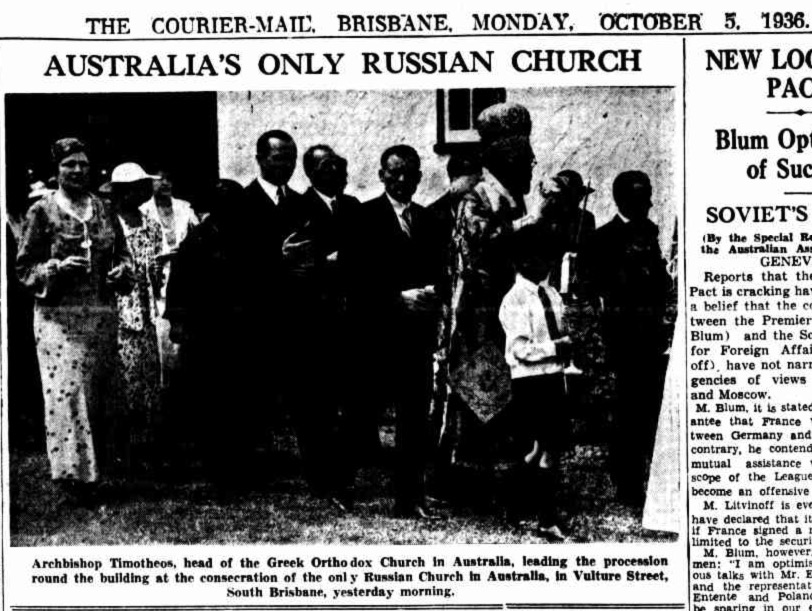 ABOVE: Australia’s first and, at the time, only, Russian Orthodox Church – the future St Nicholas’ Cathedral at 344 Vulture Street, Woolloongabba – was consecrated on Sunday morning, 4 October 1936, with remarkable liturgical and religious pomp and pageantry. In the festal throng was Archbishop Timotheos Evangelinidis, head of the Greek Orthodox Church in Australia. He lead the procession around the building during the ceremony of blessings, aided in that task by the Reverend Canon David John Garland OBE, Rector of St Barnabas’ Church of England, Parish of Ithaca-cum-Bardon. This photo appeared in next day’s edition of Brisbane’s “The Courier-Mail” newspaper on Page 14. The opening event just happened to coincide with Canon Garland’s 72nd birthday!

THE Russian Orthodox Church of St. Nicholas, which was erected by the Russian community of Brisbane about nine months ago, to replace a small wooden building that had served them as a church for some years, will be officially opened and consecrated by the Metropolitan Archbishop of the Greek Orthodox Church of Australia ( the Reverend Timotheus Evangelinidis ) tomorrow [ 4 October 1936 ].

He will be assisted in the service by the Parish Priest of the Russian community in Queensland (Archpriest V. Antonieff) [ Valentin Andreevich Antonieff ].

The Church of England will be represented by Canon D.J. Garland [ David John Garland ], who for many years has taken an active interest in the Orthodox Church.

The building, a stucco structure with an unusual roof design, is in Vulture Street, South Brisbane, near the South Brisbane fire station.

It was designed by one of the members of the congregation, Mr. G.S. Meek [ Gregori S. Mekhonoshin ].

It reproduces the orthodox type of Russian church architecture.

The old building is now used as a parish hall.

The service tomorrow will commence at 10.30 a.m., and will continue till about 1 p.m., an outstanding feature being the music provided by the church’s Russian choir. 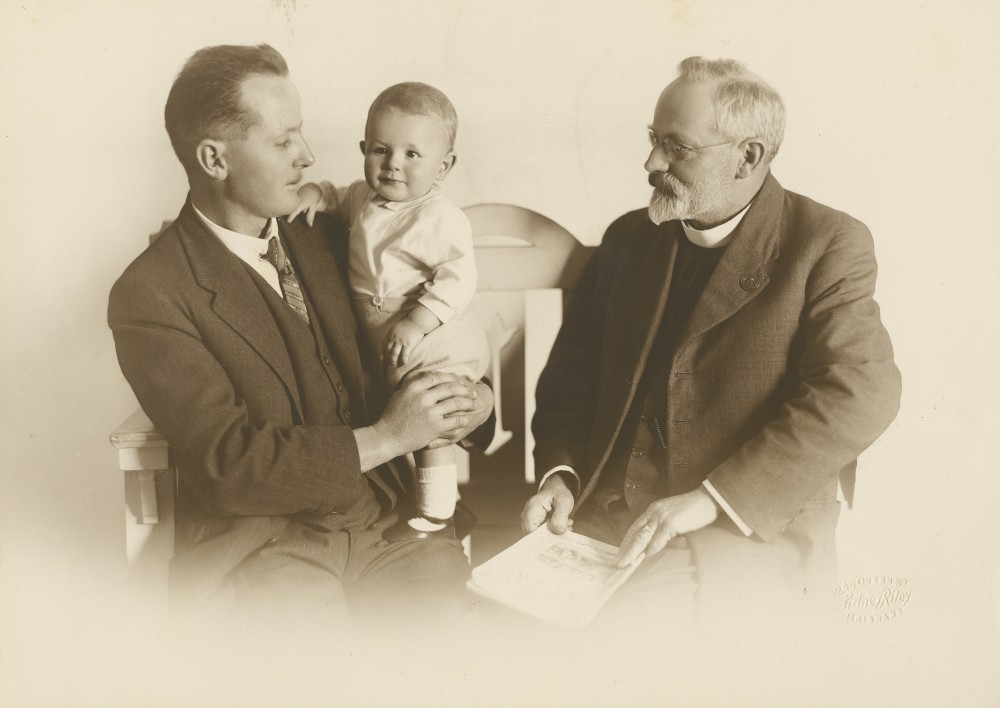 CANON GARLAND’S 70TH BIRTHDAY TRIBUTES TO WORK FOR CHURCH AND PEOPLE. CANON D.J. Garland [ David John Garland ], one of the most active figures in the Church of England and public affairs in Brisbane, Read more…