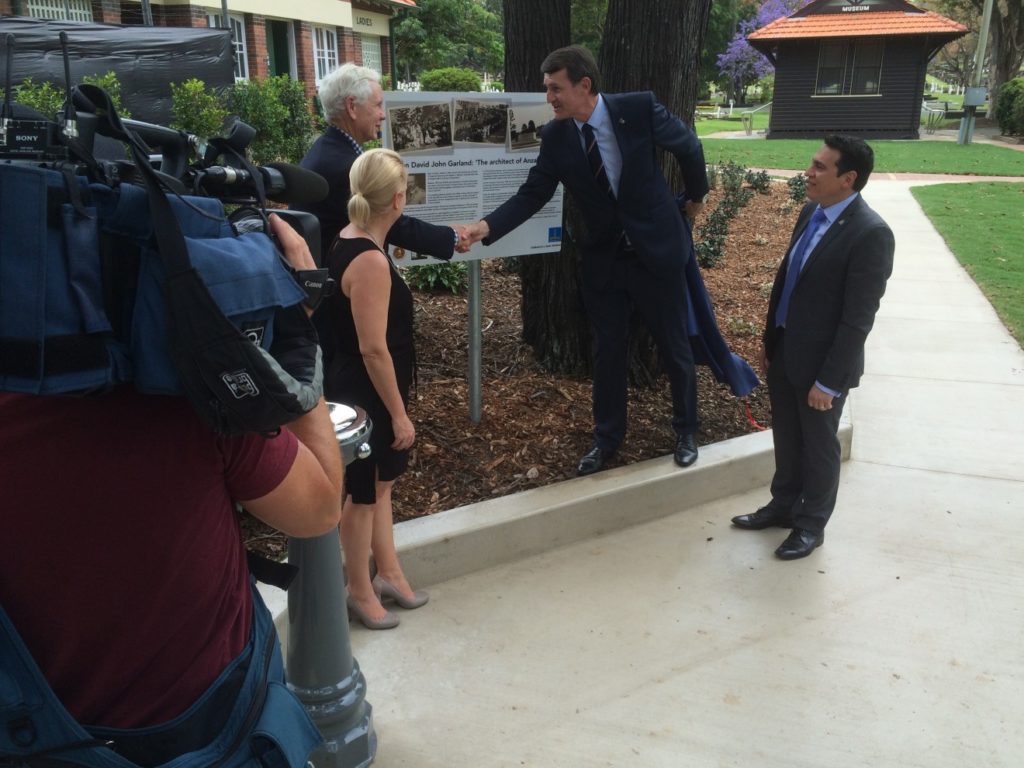 ABOVE: The Lord Mayor of Brisbane, Councillor Graham Quirk, congratulates CGMS Vice-President, Ross Hielscher, after the official unveiling of the Canon Garland Place storyboard, adjacent to The Stone of Remembrance and The Cross of Sacrifice in Toowong Cemetery, on the morning of Thursday, 5 November 2015. Looking on (at right) is Chairman of the Public and Active Transport Committee and Toowong Ward representative, Councillor Peter Matic, and beside Ross Hielscher is Councillor Krista Adams, Chairman of the Brisbane Lifestyle Committee and Wishart Ward representative. Camera crews from National Nine News, Seven News, Ten News and the ABC-TV attended the media event.

A new lawn at Toowong Cemetery will be opened and officially named after the ‘architect of ANZAC Day’, Canon David Garland.

Canon David Garland was the driving force behind ANZAC Day traditions and was responsible for creating the first ANZAC Day Service in 1916 as well as the ANZAC Badge that was sold to pay for the upkeep of soldier’s graves.

Cr Quirk will also unveil 94 new street signs that will feature the symbolic Rising Sun badge as a part of the Streets of Remembrance project.

The Streets of Remembrance project will serve to acknowledge the historical significance of street names such as Anzac, Birdwood, Gallipoli, Lone Pine, Monash, Heliopolis and Lemnos. 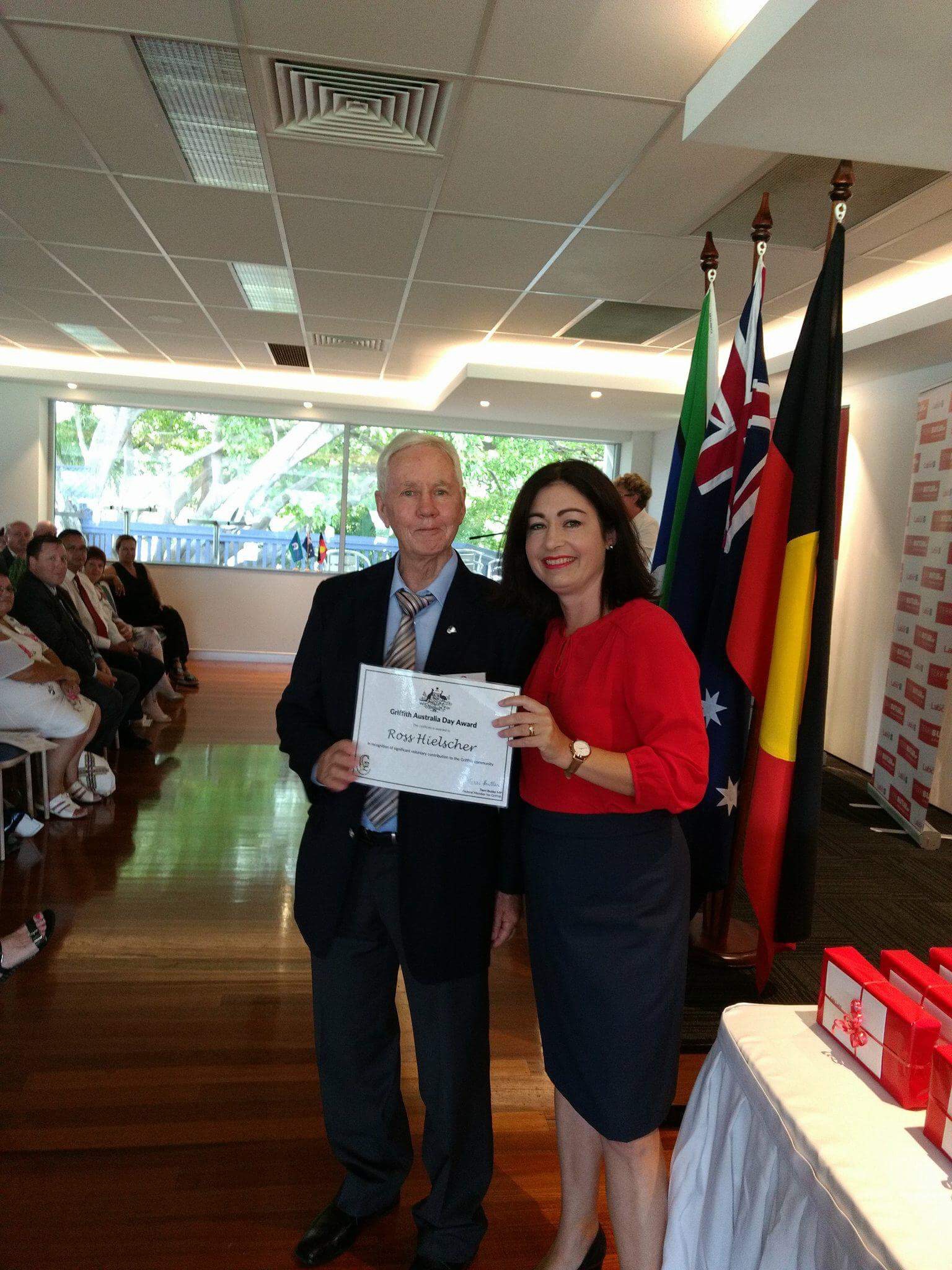