Published by The Garland Collection on November 14, 1932 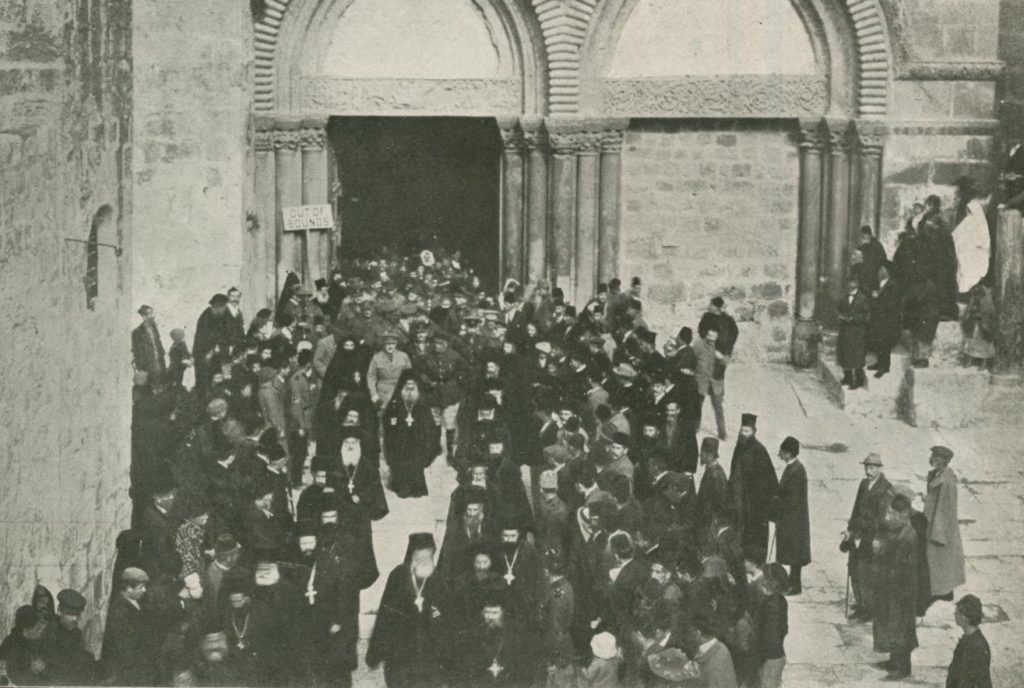 ABOVE: Drawn from Canon Garland’s “Magic Lantern” series of glass slides, this scene was captured outside the great doors of Jerusalem’s Church of the Holy Sepulchre after the Thanksgiving Service conducted on Sunday, 9 December 1917, under the auspices of the Greek Orthodox Church. The commanding officer of the British Expeditionary Force, General Edmund Allenby [ in light khaki ], is preceded by the Archimandrite Nicodemus. This image – captured by a Lieutenant Gibbs – was first published – together with three other photographs actually taken by Canon Garland – on page 22 of “The Queenslander Pictorial” supplement to “The Queenslander” of 30 March 1918.

CANON Garland [ David John Garland ], who is spending this weekend in Mackay, will lecture in the Parish Hall tonight at 8 on the Church Revival Centenary.

Canon Garland is one of the leading church men of Brisbane and is very well known in North Queensland.

He was Archdeacon of North Queensland for some years, and was Rector of Charters Towers from 1902 to 1907.

He is the first Anglican priest to be made a Knight of the Holy Sepulchre by the Patriarch Damianos of Jerusalem, and is an authority on the Orthodox Church.

He has made a special study of the history of the last 100 years of the Church of England.

He will be glad to answer questions after his lecture.