Published by The Garland Collection on November 9, 1915 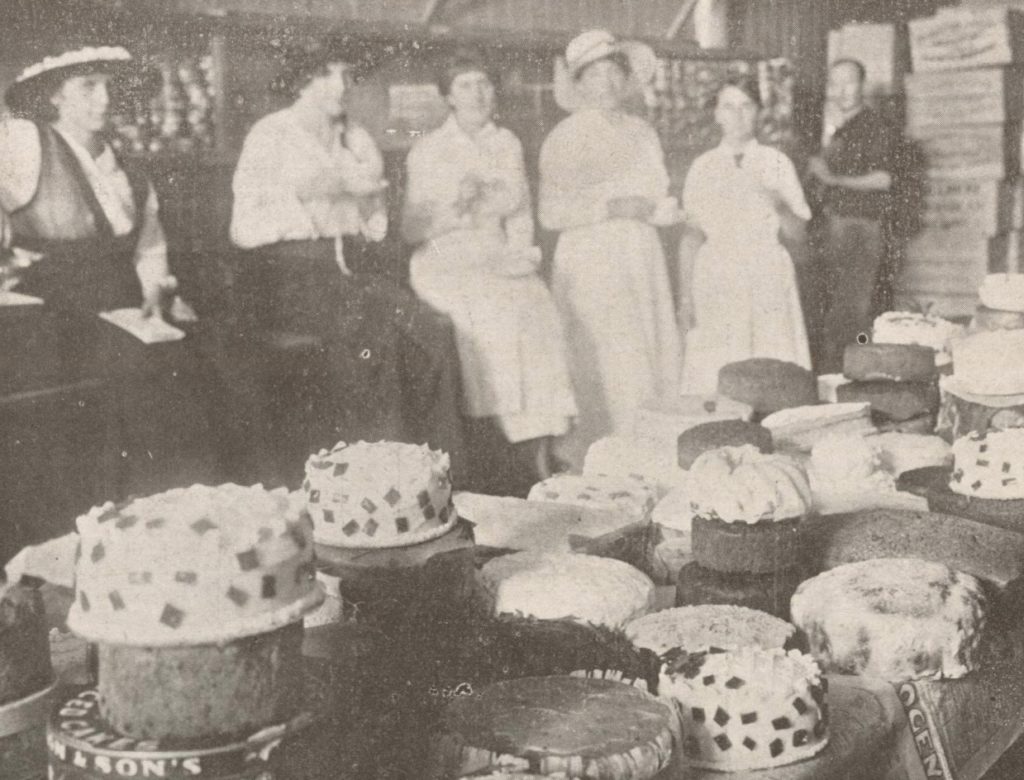 ABOVE: These home-made cakes and puddings, stored in metal tins stockpiled by volunteers, were destined to be distributed among the recruits at Enoggera Army Training Camp leading up to Christmas 1915. This image appeared on page 25 of “The Queenslander Pictorial” (supplement to “The Queenslander”) of 1 January 1916, and is from the State Library of Queensland Collection. *The Reverend Canon Arthur Ernest Saxon was Rector of Charters Towers Church of England Parish (St Paul’s Church, Charters Towers – DJG being his predecessor in that role) until his appointment as Archdeacon of Durham, Newcastle, New South Wales, in 1921.

CORRESPONDENCE:
CHRISTMAS PUDDINGS FOR SOLDIERS IN CAMP.
(To the Editor).

WOULD you be good enough to allow me room in your paper to say that I have just received a letter from Canon Garland (Lieut. Colonel) [ David John Garland ] stating that the [ Soldiers’ ] Church of England Help Society has undertaken to provide Christmas pudding for all soldiers in camp [ Enoggera Army Training Camp, Brisbane ], and that it is estimated that 10,000 lbs. [ 4,536kg ] will be required in order to give each man 1lb. [ 453g ]?

It is suggested that friends might help, either by making puddings, or by sending money to purchase puddings.

If the former plan is adopted, the puddings ought to be 5lbs. [ 2.27kg ] in weight and tied in stout cloth.

The name of the sender should be attached.

I would be glad to forward either puddings or money from here, but I would be particularly grateful if those who will kindly help in the matter would be good enough to inform me so that I could advise the Society by the 20th inst. what help is likely to be given.

I know of no better way than asking you to kindly allow this request through your columns by which to make known the need.