Installed as a Canon

Published by The Garland Collection on June 23, 1900 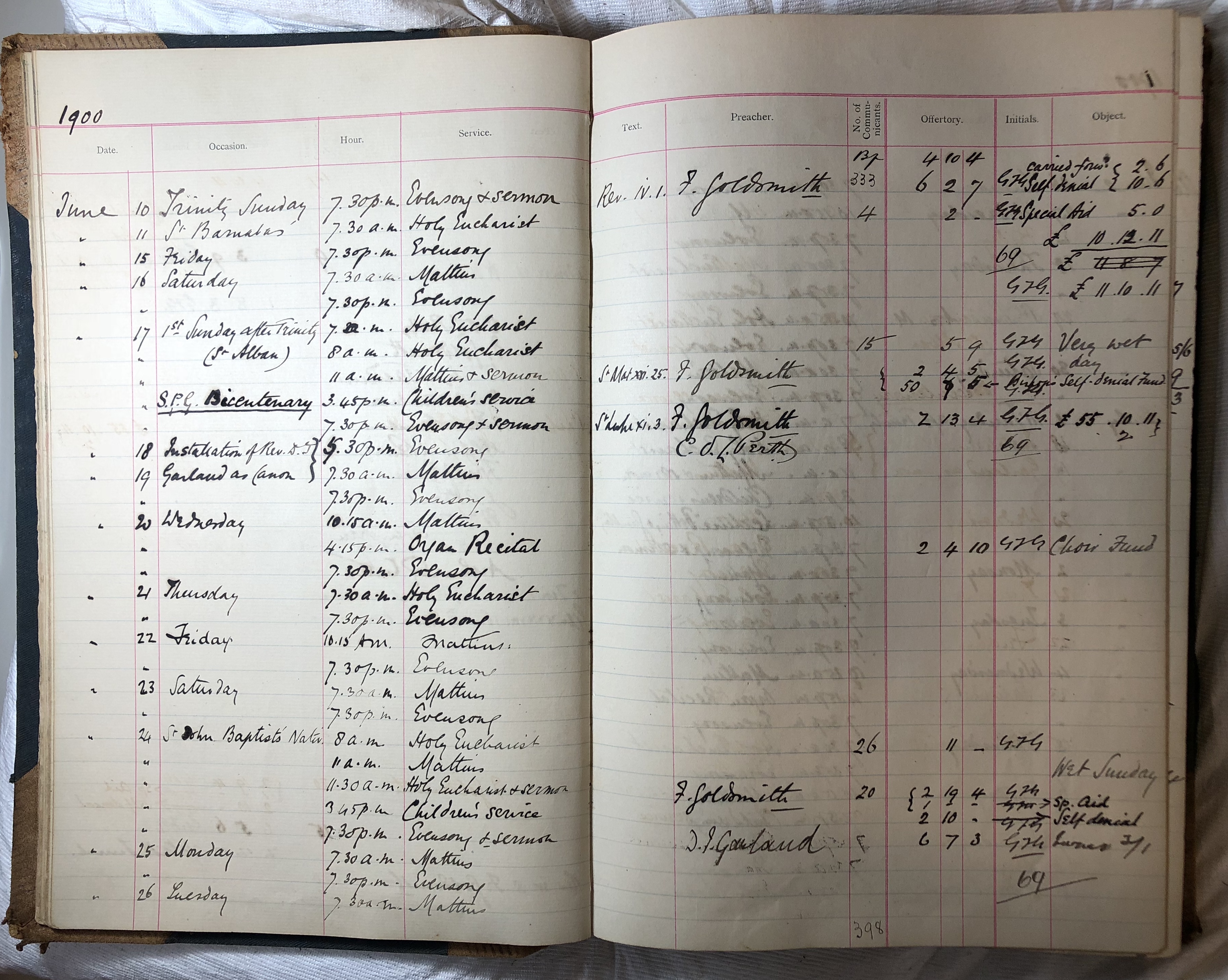 ABOVE: In the Service Register of Perth’s Cathedral Church of St George for 23 June 1900 is this entry noting the installation, as Canon of the Cathedral, of the Reverend David John Garland. His own signature appears on the facing page. Source: Service Register, September 1899-April 1908, Item No.2778A/35. State Library of Western Australia Collection. Photo courtesy of Peter Collins.

AT St. George’s Cathedral on Monday afternoon [ 5:30pm, 18 June 1900 ] the ceremony of the installation of the Rev. D.J. Garland [ David John Garland ] as a Canon of the Cathedral, to which he was appointed by the Bishop of Perth [ Charles Owen Leaver Riley ], in succession to the late Rev. Canon Sweeting [ George Hallett Sweeting ], was performed by the Bishop of Perth after evening prayer.

A shortened Evensong service, conducted by the Dean of Perth, preceded the ceremony.

The Bishop, in a short address in reference to the ceremony, commenced by making feeling reference to the decease of the late Canon Sweeting, whose death had necessitated the new appointment to fill his office in St. George’s Cathedral.

Canon Sweeting’s memory, he said, would be there for a long time, because there were numbers of men in the Colony who owed very much of their education to his learning.

He was sure also that, in many other ways, the late Canon’s memory would be kept green in their hearts.

By his death it had fallen upon him (the Bishop) to choose a new Canon.

He had chosen one who had devoted himself heart and soul to the work of the Diocese.

The seven canons, with the Dean of Perth, formed the spiritual advisers of the Bishop.

The Bishop was advised in temporal matters by the council chosen by the Diocese, and in spiritual matters, by the Dean and Chapter.

He supposed most of them were aware that in a Diocese such as theirs they were always having the most difficult matters to solve.

It seemed to him that they had more difficult questions to solve in this Colony than they had in the old constituted Dioceses at home.

So it was most important that the Bishop should have around him a body of men devoted to the service of the Church, and who should be ready and willing at all times to give him the best advice.

He had to thank them most cordially for the ready help and assistance which had always been to his hand since he came to the Diocese, from those in the Church.

Seeing what devolved upon those who were appointed Canons of the Diocese, they did not install a new one without earnest prayer to God for His blessing on their proceedings, and that God’s spirit might be with the one appointed.

They had not Canons who could devote all their time to the work of the Diocese and Cathedral. That would come in time.

Most of the clergy had to work very hard in order to overtake the work which God had for them to do.

The Bishop concluded by stating the necessity of their earnest prayers for God’s blessing on their proceedings. The ceremony was then proceeded with.

The Dean presented the Canon-designate to the Bishop for installation.

The candidate was then examined, after which the Deputy Diocesan Registrar (Mr. A. S. Roe, P.M.) [ Augustus Sanford Roe ], attired in wig and gown, read the deed appointing the Canon.

This completed the installation, and the “Te Deum” was sung as an act of thanksgiving, bringing the service to a close.

A large number of the clergy were present.