Published by The Garland Collection on October 11, 1939 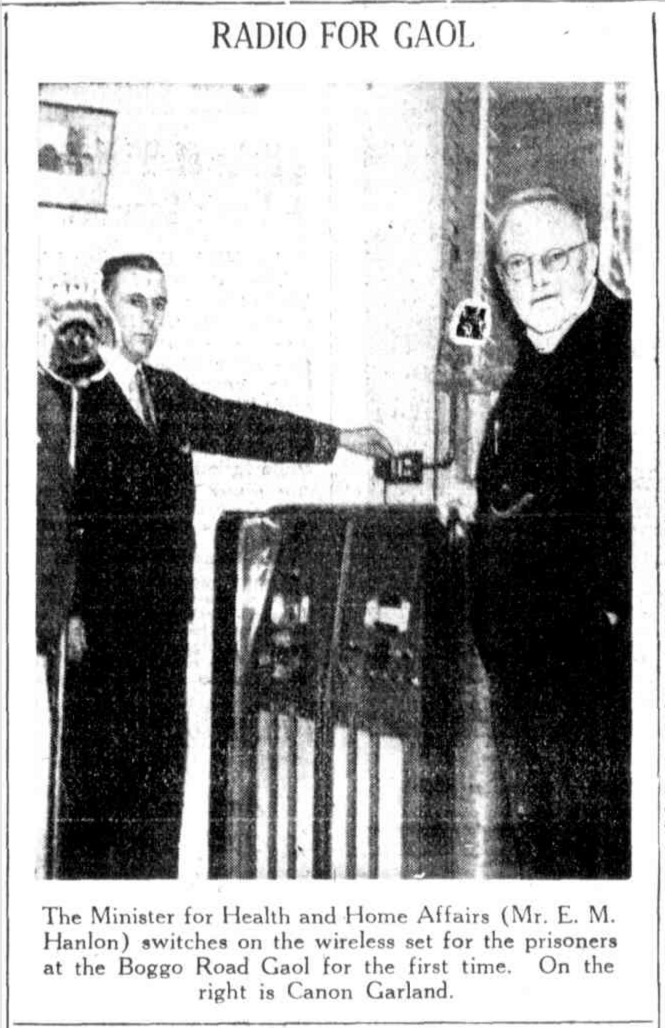 BRISBANE. October 10. Clergy of the Greek Orthodox Church added their prayers for the repose of the soul of the late Canon D J. Garland [ David John Garland ] at a Requiem celebrated by Archdeacon Thomas [ the Venerable Harry Thomas ] at St. Barnabas’ Church, Ithaca, today.

Delivering a panegyric, Archbishop Wand [ John William Charles Wand ] said that the service, which departed in certain respects from the usual one, was in accordance with the wishes of the late Canon Garland.

It was characteristic of him that he should wish to be amongst his own people at the last.
Dr. Wand told that before his arrival in Queensland, he had heard much of Canon Garland from immigration officers in London, who praised his zeal and energy for the Queensland New Settlers’ League.

Hundreds of men and women in Queensland were grateful for his assistance when they migrated. 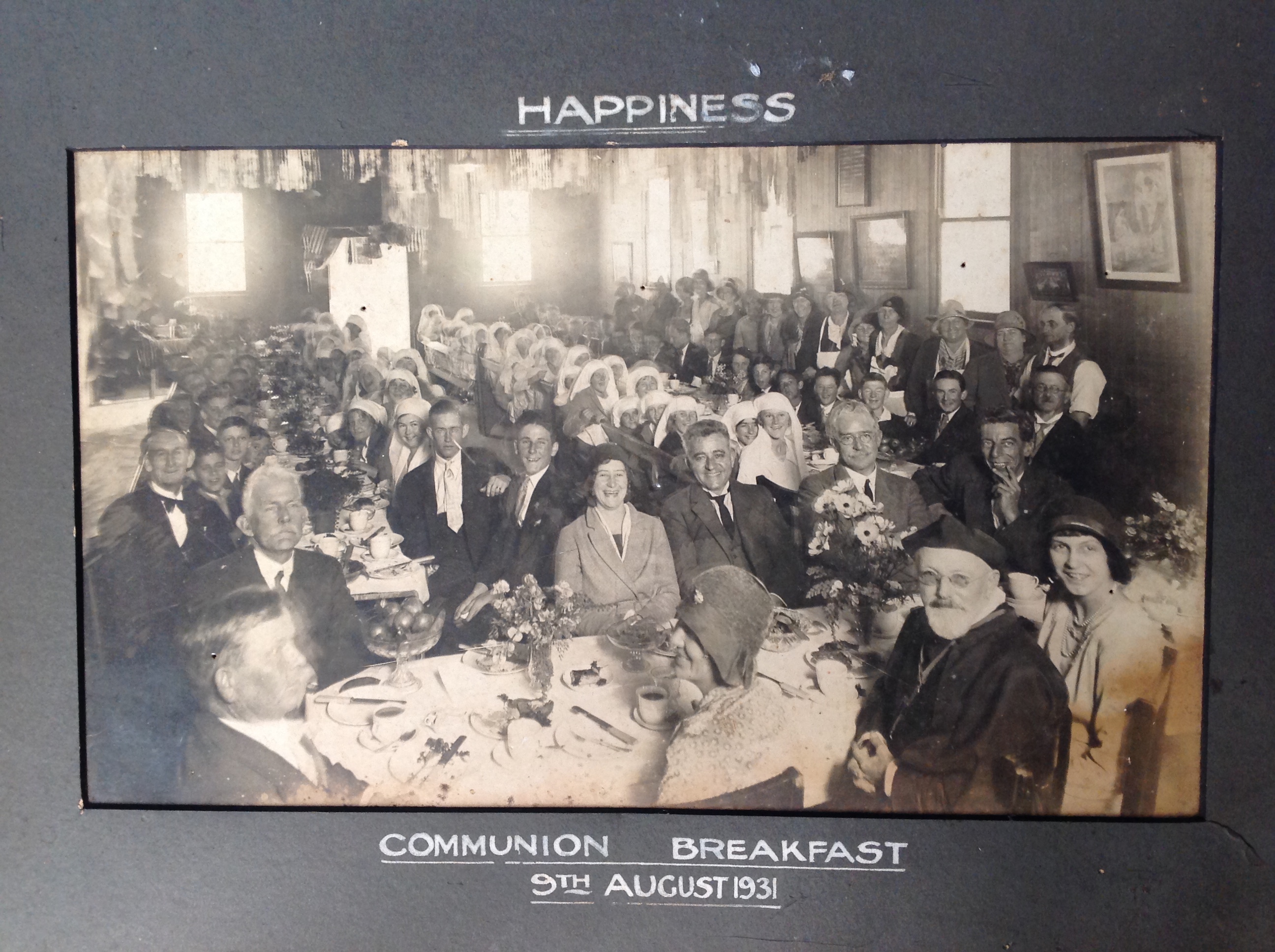 ABOVE: Canon Garland pictured among his flock at the Communion Breakfast held on Sunday morning, 9 August 1931, in the Parish Hall beside St Barnabas’ Church, Red Hill. This photograph, labelled “Happiness”, used to hang in a frame on the wall of the Hall for many decades. Photograph courtesy of Ithaca-Red Hill Anglican Parish.

Canon Garland believed that religion penetrated into every part of human life and every-day matters.

He was essentially politically-minded, and through his friendship with Ministers of State he must have had a strong influence on the good government of Queensland.

After referring to the late Canon’s persistent endeavours on behalf of soldiers, Dr. Wand traversed his work in the Church as Chairman of Committees at Synod, member of the Diocesan Council and member of the Board of Nomination.

First and foremost, however, he was parish priest, beloved of his people. 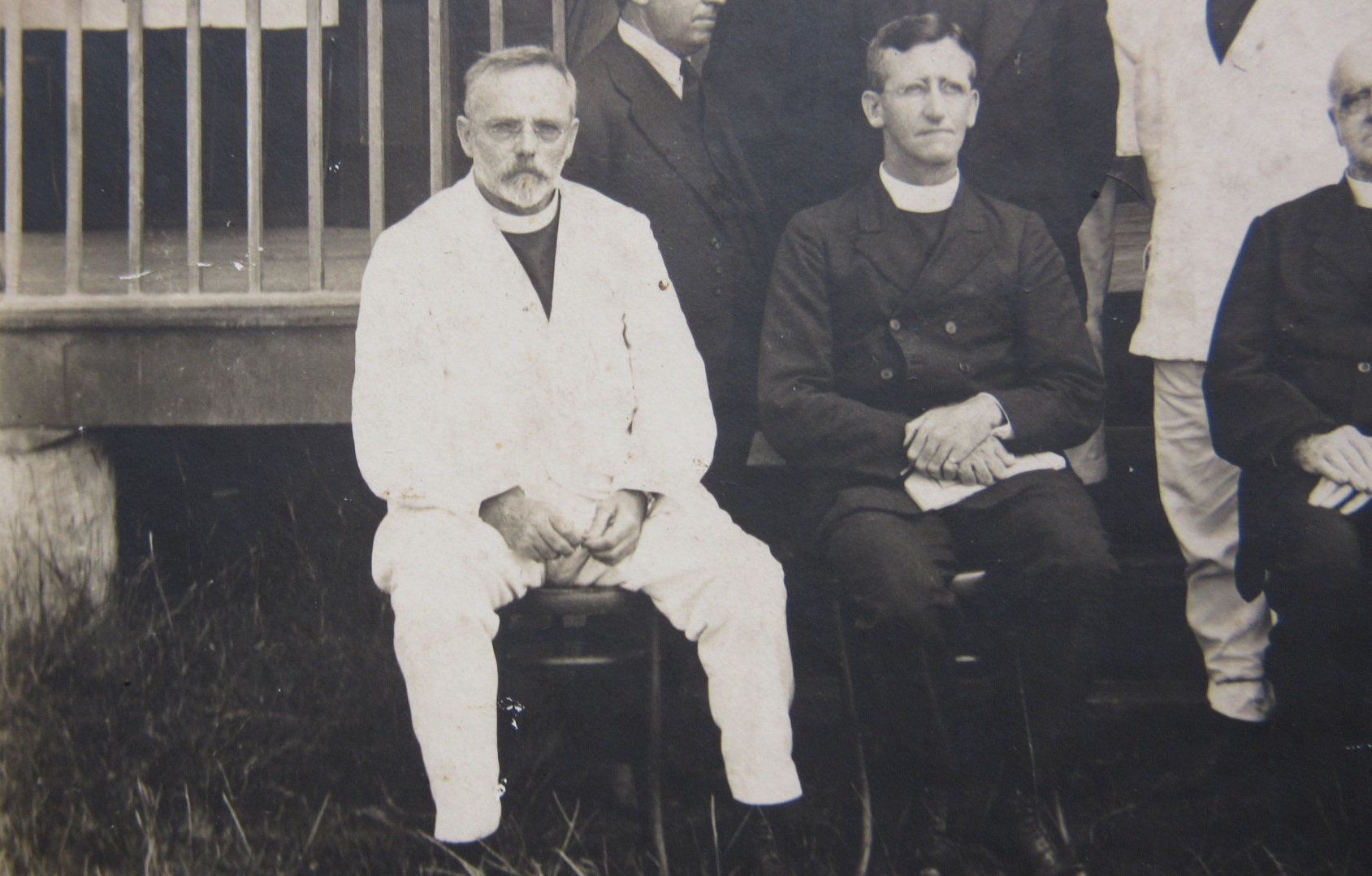 ABOVE: Canon Garland, dressed in a casual white suit, glares at the camera for this group photo with his Church of England colleagues at the Clergy of the Wide Bay and Burnett Archdeaconry Conference, held on 28 February 1924 at Pialba, Queensland. The Dean of Wide Bay District, the Reverend John Elliott (Rector of St Paul’s Church, Maryborough), and Archdeacon, the Venerable Edward Castell Osborn (partially obscured), are seated to his immediate left.

Largely through his efforts the Bible had been introduced into State Schools.

“Essentially he was a fighter,” Dr. Wand added.

“He was not a man who found an easy path through life. To him the whole world was a great battleground – a struggle between right and wrong.

“To him there were no two sides to any question – only the right side.

“The late Canon stirred up enemies, but he had never known one who so desired the love and affection of people.”

Participation in the service of Rev. Nikon Patrinakos, Rev. A. Antonieff [ Archpriest Valentine Antonieff ] , and Monk F. Shaverin [ Fedot Shaverin ], of the Greek Orthodox Church, and Mr. Christie Freeleagus (Greek Consul) [ Christy Kosmas Freeleagus ], recalled that the Greek Patriarch honoured the late Canon Garland when, in the Great War, he permitted him to celebrate Communion in the Church of the Holy Sepulchre in Jerusalem, and created him Knight of the Holy Sepulchre.

A choir of clergy led the congregation in a choral service.

The Premier (Mr. Forgan Smith) [ William Forgan Smith ] and the Minister for Health and Home Affairs (Mr. Hanlon) [ Edward “Ned” Joseph Hanlon ] were among the pall-bearers at the funeral, which was attended by a large concourse of notable citizens.